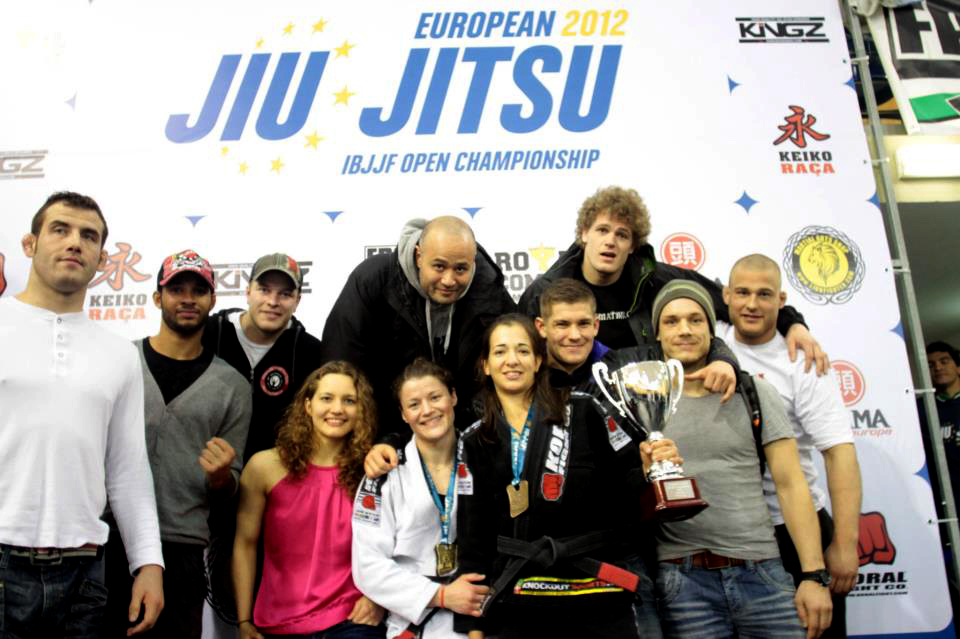 I did not update my blog the last week of my training for the europeans, I was to tired, sick, injured and had other things to do. I still have some videos from the last days of training, I will have them ready as soon as I finish the fight videos from the competitions.
I twisted my knee two weeks before we had to leave for Portugal, not as bad as last year, but bad enough that I had to sit out the some days of training, but I think that I had trained hard and was in good shape for the competitions, the only thing is your head in that situation. You start to worry about the fights more them you would have, or at least I do. I also got a cold, I always do that this time of year, I’m not build for this kind of weather 🙂
The training every morning, was really good for my preperation and I felt in good shape. I was tired in between the fights, but I think that was because of the waiting and the sickness.

My first fight was good I think, almost got taken down once and he got me in a reverse armbar, but it I got out of it and passed his guard. My second fight was really bad, I got into his haft guard and he did a lock down on my leg and that was more or less the rest of the fight, could not move out of it, and I lost the fight.

Here is my first fight. The first fight is always the hardest. All the nerves and you have to not felt the mat yet. I think that it went alright, I did not get tired, almost got caught in an armbar, right before the pass. After looking at the fight, the moment that he has my arm felt a lot longer than it looks like on the video 🙂